Semi-Urban and Rural centers, the charges have been reduced from Rs 40 every month to Rs 12 and Rs 10 plus GST charges.

How To Self Generate SBI ATM PIN for Debit Card ?

The revised charges will be effective from April 01, 2018.

State Bank of India (SBI) has 41 crores Savings Bank accounts out of which 16 crore accounts under PMJDY / BSBD and of pensioner/minors/social security benefit holders were already exempted. 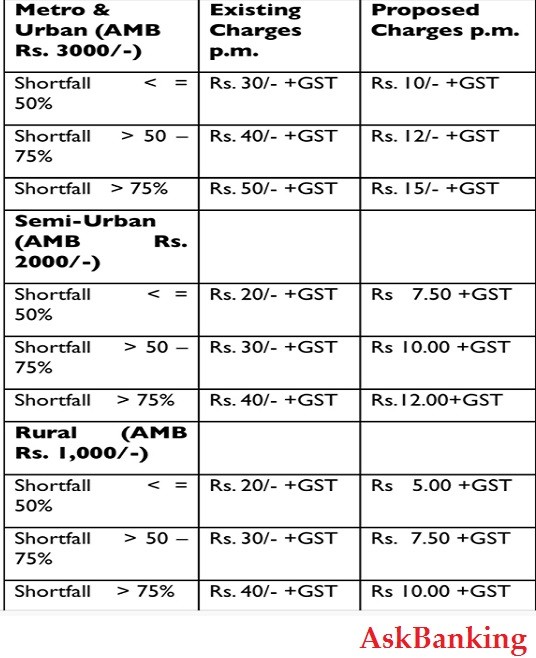 Bank has earned hefty income of Rs 1,771 crore in just eight months from depositors who failed to maintain balance in their bank accounts. This amount is more than SBI’s July-September quarter net profit of Rs 1,581.55 crore and nearly half of the Rs 3,586 crore it earned as net profit April-September.

The bank had exempted pensioners, beneficiaries of social benefits from the government and accounts of minors from levy of these charges.

Aadhaar is Not Mandatory For Linking Bank Accounts