PNB Niravgate has opened the gate for many of the TRP hungry media houses. Post PNB fraud, majority of media houses get licence to speak any thing eye catching to get the better TRP. The recent news relatd to transfer of 18,000 employees by PNB management on CVC advise, which have been shown on many of media channels and published as an articles found to be fake and baseless.

Read – PNB Scam – How it Happened through Letters of Undertaking (LOU) ?

PNB has stated in official communication on their Official Twitter page https://twitter.com/Indiapnb that routine transfer were executed for 1415 employees. They have even mentioned the separate number for clerks, officers and other staff.Further, Punjab National Bank has also claimed that these transfer have not effected the normal branch functioning. 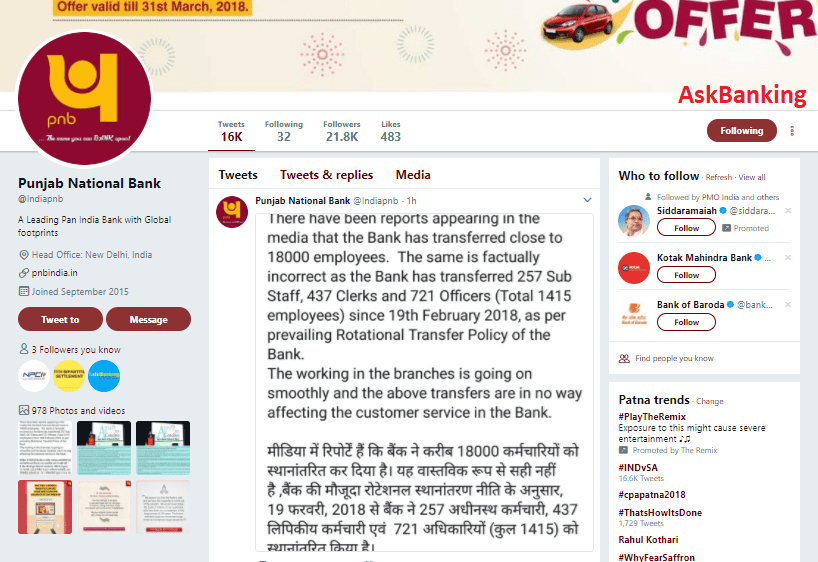 This is our suggestion to all our readers, don’t rely on the every news being published on the Newspaper or showing on Television. Many of times, they played without any fact to compete with their peers. After all everything is all about Money.